With over 400 miles of shoreline straddling the clear turquoise waters of Lake Havasu, you don't have to be on the coast to enjoy the beach life. 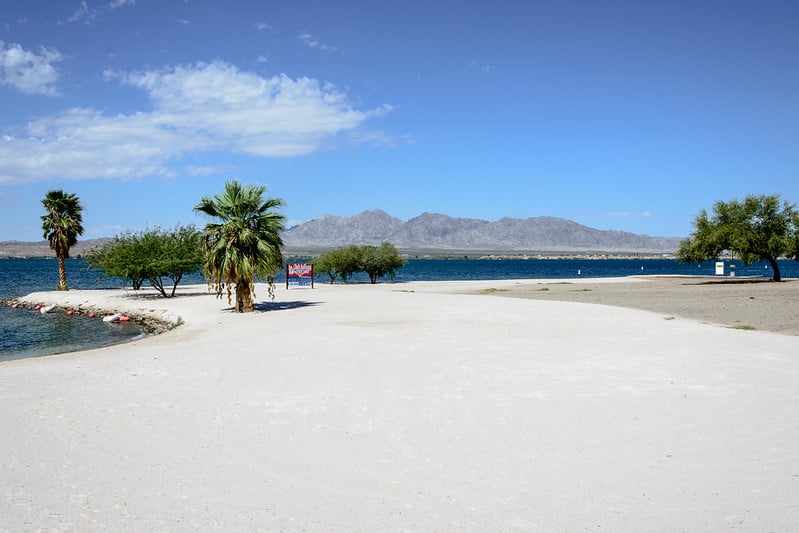 You'd think that in a landlocked, desert-heavy state like Arizona, the situation would be grim for beach lovers. Yet Lake Havasu City, the Playground of Arizona's West Coast, has beautiful sandy lake beaches that are comfortable for swimming most of the year.

Relaxing on the beach at the Bridgewater Channel

Lake Havasu's beaches are the perfect worry-free hangout spots for families to relax on warm sand, or in refreshing clear blue-green waters with few or no waves. Unlike the ocean, this clean freshwater lake has no riptide currents or dangerous aquatic species to worry about—just beautiful, open water surrounded by 400 miles of stunning coastline. 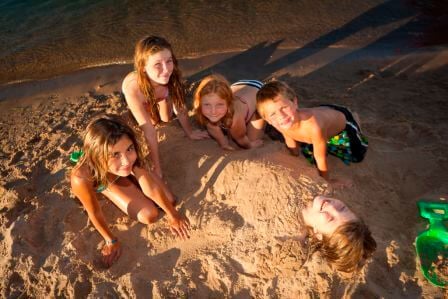 Visitors come from Phoenix, California and all over the Southwest to cool off when summer temperatures soar. If you're a boater, pristine private beaches are plentiful for a picnic or sunbathing in solitude.

Nearly every part of Lake Havasu is swimmable except the Bridgewater Channel, but that doesn't mean you can't get wet. Wading in the channel and staying near the shore is fine! However, swimming across the channel at any time is illegal due to the safety issues that come with swimmers and moving boats.

Water temperatures range throughout the year, so plan and dress accordingly.

Did you know? Lake Havasu City holds the all-time high temperature record in Arizona history with 128° recorded on June 29, 1994, and the city was covered in snow 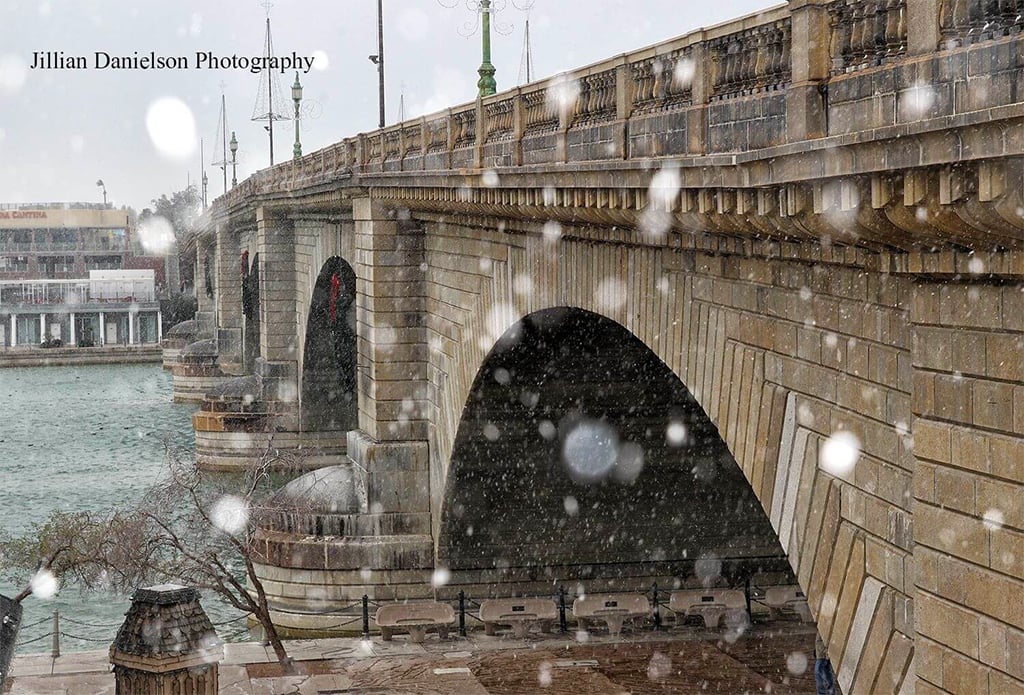 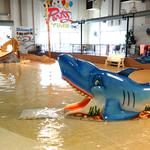 100 Park Ave
928.453.8686 | lhcaz.gov
Lifeguard-patrolled and temperature-regulated, the Lake Havasu City Aquatic Center is the perfect change of pace from the lake. Kids can cool down in the big wave pool, slip down the slide or play outside on the water park. 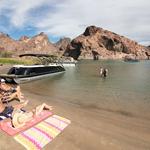 Lake Havasu has many beautiful boat-in beaches and beach campsites accessible only by boat. Take in the sights of Lake Havasu on your own private beach, whether it's for a day, an adventurous weekend or longer! Discover the boat-in beaches and campsites for you to pull up your boat and get as close as you can to the shoreline areas, hiking trails and other natural wonders of our desert oasis. 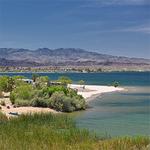 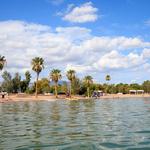